Google Algorithm Updates: Everything You Need to Know

The algorithm that Google uses to rank websites on its search engine results pages is a complex system intended to deliver the best possible results for a search query. It’s no wonder that Google constantly comes up with new Google algorithm updates, which has become more and more frequent over the years.

Most of these updates are so small that they often go unnoticed. Nevertheless, occasionally, Google rolls out major algorithm updates that seriously affect the SERPs. Our SEO specialists at Xi Digital have created a full list of algorithm updates, launches, and refreshes that have had a significant impact on SEO all over the world.

In March 2019, this Google global broad core update was released - one of the biggest updates by the search engine in years.

In February 2019, industry chatter and certain algorithm trackers indicated an unconfirmed update. However, unlike other updates, mostly positive changes in rankings were detected.

Some webmasters have noted changes starting around Halloween of last year. However, there was insufficient evidence to confirm a significant change. Most likely, the chatter was caused by a spillover from the broad algorithm update in August of the same year. 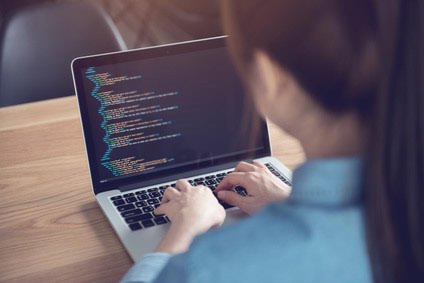 On Google’s 20th birthday, September 27th, many SEO professionals started noticing significant drops or spikes in traffic, indicating the next Google algorithm update. Google itself has confirmed that a “smaller” updated had been rolled out.

In August 2018, Google confirmed another broad core algorithm update. Some speculate that the algorithm was targeting medical sites, while Google said that it was a general ranking update.

Yet another broad core algorithm was released in April 2018. Google confirmed that the latest update was similar to the update of March 2018 and focused on content relevance.

On March 12th, Google announced that a broad core algorithm update has been released in the previous week. While Google did not go into detail, they advised everyone to continue building great content.

Google started out 2017 by punishing the sites with pop-out content, such as interstitial ads, that can negatively affect a site’s functionality on a mobile device.

Starting in 2012, a series of Penguin updates was launched to battle genuine sites instead of legitimate sites that are simply poorly made. Here, penalties were mostly focused on “black hat” techniques, such as spammy link building, keyword stuffing, cloaking, and more. With the release of Penguin 4.0, the punishment shifted focus from the entire site to bad links themselves.

With the Mobilegeddon update, the preference was now given to mobile-responsive websites. Not surprisingly, reading and navigating a website that is scalable to mobile devices is preferred by visitors.

As website hacking became more advanced, Google decided to motivate webmasters to invest into an SSL certificate with its “are you sure” pop-up when a user clicks on an unsecured link.

Many agree that Panda was the first massive Google update that caused a lot of trouble for SEO marketers around the world. Panda targeted websites that contained poor content, primitive design, and excessive ads.

Latest Florida 2.0: What it Means for SEO

Danny Sullivan of Google has officially confirmed that Google has rolled out a new broad core update in March 2019, known as Florida 2.0.

What is a Broad Core Update?

A broad core update simply means that Google is not intending to target any specific niche or particular ranking signals, such as content quality. Broad core updates do not target niches or websites. In fact, they do not target anything at all! The major change is in the way Google interprets a search query. Such improvements allow Google to match queries to web pages more accurately, and, as a result, improve user satisfaction.

Florida 2.0 was named after the previous major update of the early 2000’s, known as Florida 1.0. Back in November 2003, this catastrophic Google update rocked the world of SEO, completely reorganizing Google SERPs. Out of all Google algorithm updates, this first major change left the spammy tactics of the previous decade long in the past, from invisible text and multiple sites under the same brand, to keyword stuffing and hidden links.

The first Florida update appeared to be a filter applied to commercial searches that was triggered by highly commercial terms in the query. The filter cleared out 50 to 98% of the sites that previously ranked in the top 100. Florida 1.0 targeted affiliate sites with a network of links pointing to the main site and whose domains contained these commercial keywords.

How to Respond to Florida 2.0

Unlinke Florida 1.0, Florida 2.0 does not target anything in particular. As such, the only “fix” for your pages to rank better is to remain focused on creating great content. These days, SEO remains all about relevance of links and content to search queries. In order to avoid being hit by a penalty, you should consistently run SEO audits and follow these simple tips:

A Google penalty is a punishment to the website whose content does not conform to the marketing practices reinforced by Google. In some cases, these penalties can result from an update to Google ranking algorithms, such as with the Florida 1.0 update. In other cases, a penalty results from a manual review by Google that determines that a website is using “black hat” SEO tactics.

In order to understand that your website has been hit by a penalty, follow these simple steps:

Since every website relies on search engines for traffic, it is important to stay informed on the latest algorithm updates, and make changes accordingly in case the website is subject to a Google penalty. You can get a competitive advantage if you optimize your content faster than other web domains.

Any of the following issues may cause Google to take manual action against your website to reinforce its search criteria:

3. Find Out if You Have a Ranking Problem

Firstly, you need to diagnose the issue. Here are a few tips to help you understand what penalty you might be suffering from:

4. Determine the Google Penalties to Optimize Against 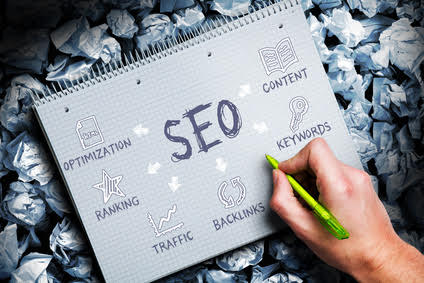 The best thing is to avoid receiving any penalties in the first place. Whenever a site is hit with a Google penalty, it is due to one of the following reasons:

However, if you have already received a penalty, figuring out the cause will depend on the type of penalty. In the case of a manual penalty, the owner of the site will be notified through the Webmaster Tools with the explanation of the reasons behind the penalty. In this case, the webmaster will have an idea of how to recover and can start implementing the suggested changes.

If your site has suffered from Google algorithm updates, you need to try to find a correlation between your website’s losses and Google’s last actions.

SEO is not only about trying out new things. It is about keeping your website trustworthy, helpful, up-to-date and constantly monitoring your success. When you receive SEO services from a professional digital marketing company, such as Xi Digital, you don’t have to worry about Google algorithm updates or penalties. Our skilled and experienced team of SEO specialists will make sure that your website avoids Google penalties even before your website is crawled.

Visit https://www.xi-digital.com/digital-marketing/seo to learn more or contact us directly at 416-628-5410.